For some time I have mulled over the issues of attempting to route through significant areas of doldrums, or indeed any large masses of low wind speed.

In my thinking, the most significant aspect of this circumstance is the nature of the routing algorithm. For the sake of the discussion, let’s use the Melbourne to Osaka race as an example, because it’s a good one. END_OF_DOCUMENT_TOKEN_TO_BE_REPLACED

Having read Javakeda’s Victory Report for this one, I had to add my ha’pworth. But what to add? Well maybe this.
Once you had decided your best course would be to curve on a beam reach to the northern entrance of the Canal Caruso, then foot as fast (!/?) as you could South West across the dull(er) patch North of the island home of Puerto Aguirre itself, to find stronger breeze and head South, , keeping the boat close to Vmax all the time, to finally round Rudolphy Peninsula for a short beat to the finish, which of course you could cross from either end, the challenge was going to be “how much or how little to flatten the natural TWA curves and when”.
I reached said decision late, having anticipated early doors that it was going to be a beat all the way, and having set up for that. But when I looked again, an hour or two before the off, conditions had changed drastically.
Now as Javakeda writes, and as indeed I have written before, it is a myth that you cannot route a sprint. In fact, until a lucky question from bimmer to my address obliged Kipper and I to reveal what was wrong with Qt’s interpolation (from a SOL perspective) and more importantly how to fix it, – which, after a half a year of work, we had started doing by densifying gribs using u-v interpolation external to Qt – sprints through hi-res gribs could actually much more reliably be routed than ocean races through blue goo on 2 x 2 grids could.
Javakeda uses Expedition as his router of choice, which of course doesn’t have SOL/u-v interpolation as an option. So for him, that old truth still holds good: hi-res gribs are a much better input to route with than standard NOAA gribs. And why is that? Because if you have data on a 0.05 x 0.05 grid instead of on a very best 0.5 x 0.5 NOAA grid, you have 100x more data points where the router’s data simply cannot be wrong, and only very small squares in between where it can be (but only by a little).
I – formally a member of the VR 0$ Group “Les Pauvres Suisse au Tour de Monde” – of course use Qt, so for bonknhoot, hi-res/lo-res is no longer an issue, which leaves right-res, i.e. if you are obtaining gribs from a.n.other source than SOL itself, always request them on the same-res as the SOL gribs. Irrelevant I know, but not in WR3 (round world reverse #3) on at the moment as well.
What is however always an issue is that the smallest timestep Qt routes to is 5 minutes. This can make narrow passages impassable. On this occasion, it did not do so, but for example in Oup Helly Aa last week, it did, and rumskib uniquely spotted that. There are three parts to achieving such a spot.
1/ first route ignoring coastlines – how would you go if there were no obstructions?
2/ then route normally – and follow how the track develops and if, when and why it switches.
3/ finally re-route to the entrance of a likely passage and again from its exit.
And remember, close to coasts, Qt liberally sows “non-simplificable” waypoints. If you don’t change the status (one-by-one) of most of these, Qt will likely trick you into a marginally wrong turn. I think that happened to one or two as we came out of the Canal Caruso.
For Puerto Aguirre, in the end, I just quickly re-did 2/ and off we went. But I misjudged my curves ever so fractionally, losing a server hop sailing too wide en-route to the Canal Caruso (sailing more distance for very little delta-BS), and sailing a little too straight on the second half of the leg across the top of Puerto Aguirre’s island (taking me through less TWS than others enjoyed).
Right at the death, Javakeda tacked too early for the line, but sensibly avoided pinching up, so our mistakes didn’t even out and the race was his. Well done JK!

The race was designated a ‘sprint’, but the winds were light and the water almost glassy — just like it was in this photo looking east toward mainland Chile across a cove on the island of Puerto Aguirre.
The light airs forecast in our WRF High Resolution GRIB made for a technical race that put a premium on keeping the boat moving while threading through a myriad of islas.
The length of the race favored skippers in the time zones of the Americas.
END_OF_DOCUMENT_TOKEN_TO_BE_REPLACED

Each boat must be raced twice in the six races scheduled for Q1 & Q2 of 2017.  Sardinia was our first opportunity to test our ability to choose.

The Sardinia course was a great choice to kick-off the series.  The legs of the course cover all points of the compass — testing the polars of all three boats.
Here is how the race developed, plus some comments on skipper strategies in the series:
END_OF_DOCUMENT_TOKEN_TO_BE_REPLACED

Onto the final race of 2016, the all time favorite to Hobart. The wx is pretty simple, a fast downwind stretch along the coast, a lighter reaching bit across Bass Strait, and another fast downwind bit alongside Tasmania. Bass Strait is certainly the least predictable, and likely decisive.

END_OF_DOCUMENT_TOKEN_TO_BE_REPLACED 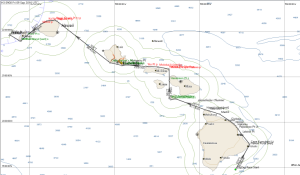 END_OF_DOCUMENT_TOKEN_TO_BE_REPLACED

I watch every race and see SOLers end up in totally avoidable BBQ situations. So how do you avoid them? END_OF_DOCUMENT_TOKEN_TO_BE_REPLACED

Four years of boat outlaw in SOL. Let’s look back at the past and current editions of my favourite race.

END_OF_DOCUMENT_TOKEN_TO_BE_REPLACED

This is of course not likely to be the course any of us might actually sail because we’ll be racing in ‘real weather’, and not ‘most likely’.  However, even from this second race where I have compared the Pilot Charts course with the actual, there are some interesting observations to make. END_OF_DOCUMENT_TOKEN_TO_BE_REPLACED 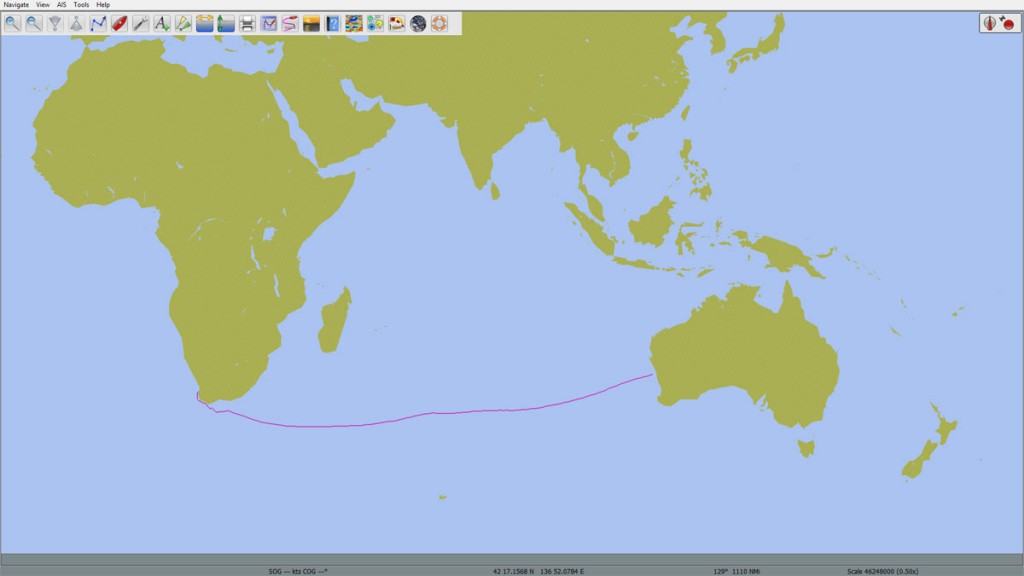 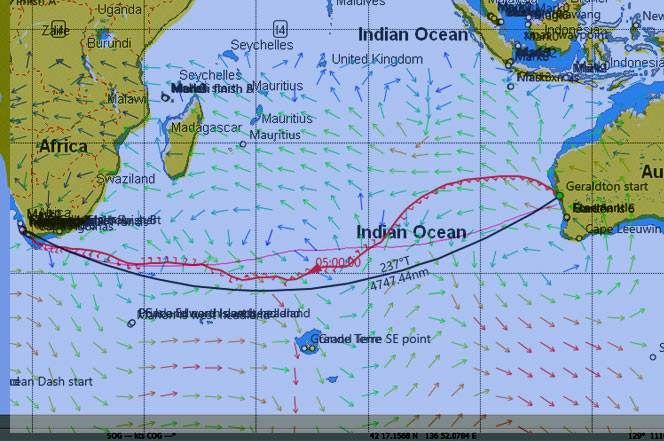