SPINNACER (SOL Polar Inspector, Nautical Navigator And Calculator to Enhance Racing) is a java program that should help its users understand the polars (as used by sailonline.org) better, and performing (more accurate) calculations, e.g. for setting DCs. The “NN” part in SPINNACER is still in development, polar inspector and calculator are available

END_OF_DOCUMENT_TOKEN_TO_BE_REPLACED

At the north-east end of Long Island Sound a string of small islands extends from Point Orient on Long Island, past Race Point on Fishers Island, to Watch Hill Point above Little Narragansett Bay on the Rhode Island shore. Any skipper exiting LI Sound must decide how to pass through these islands. Often, the choice is to go through Plum Gut.

END_OF_DOCUMENT_TOKEN_TO_BE_REPLACED 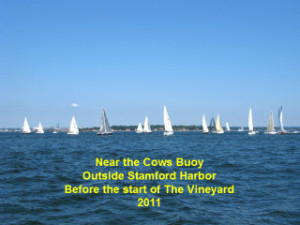 END_OF_DOCUMENT_TOKEN_TO_BE_REPLACED

We have been preparing for this for a while now, and we’re finally ready to share stories and knowledge from and for the sailonline community

END_OF_DOCUMENT_TOKEN_TO_BE_REPLACED 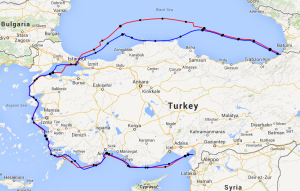 END_OF_DOCUMENT_TOKEN_TO_BE_REPLACED

You probably know a little about what routers do, but you’re not very familiar with how to operate one, or how to operate QtVLM in specific. I will explain the most important controls, and describe how you can do a basic routing. I assume you have already installed QtVLM.

END_OF_DOCUMENT_TOKEN_TO_BE_REPLACED

There is not much to say about tactics and decisions in this four hour sprint. There was an option for a split twice, east and west of Principe.

END_OF_DOCUMENT_TOKEN_TO_BE_REPLACED

The SOL fleet in the Melbourne to Vanuatu race is approaching Wilson’s Promontory.  On a clear day, The Prom looks like this: 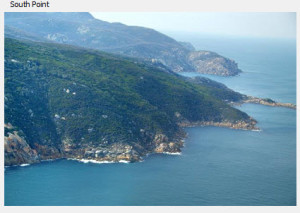 END_OF_DOCUMENT_TOKEN_TO_BE_REPLACED

I started of as if it were a practice race, but soon we reached open ocean and I had no idea what to do. Luckily there were lots of boats around me who knew. I checked the wx slider and decided that the boats going south were probably right. I followed them. Every evening I tried to predict what the boats around me would do, and set DCs to keep me in the group. I wasn’t always right (example, I tacked about 2 hours too soon, thinking the winds were turning more than they actually did), and often ended up a bit too far north or south. I lost some hours to the leader in this process.