Today I’ll put things in practice and route the Capetown – Abu Dabi race. As a handicap, I will only work with the COGOW prevailing winds charts. I have not run a software route of this course since May.

To avoid confusion, I’m talking about two separate races. The spring race started on April 21 2014, I competed in this one. The fall race started on November 19 2014, I’m a very casual observer, and this race is still ongoing as of writing. Both races leave Mauritius (20S 58E) to port, my tentative goal is the eastern edge of Oman.

The start is simple, head a bit south and follow the westerlies. We then need to find the right spot to climb north and make a path across the Indian Ocean. Let’s start with the April picture, a bit early but it matches the actual start very well. 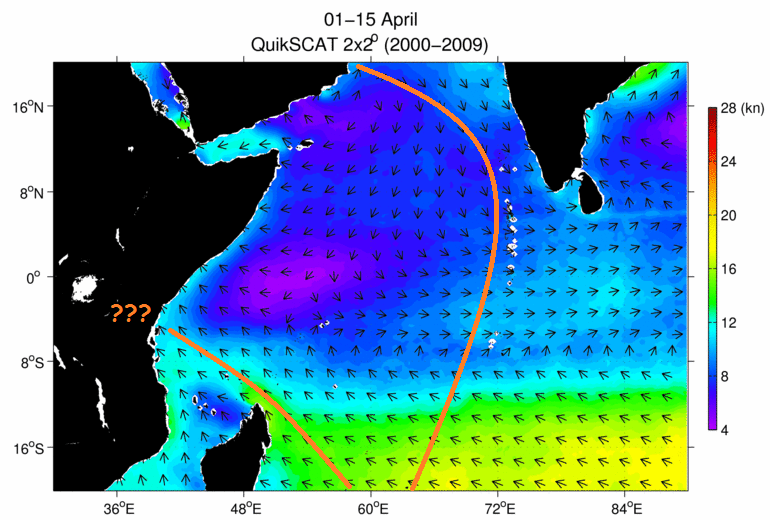 A long reach along the Maledives looks the most promising, the only way in these conditions to achieve real speed. The northern half of the route looks bleak now, this route will finish strong when the monsoon picks up later. The biggest obstacle are the doldrums around 8S. Note the clear path to the African coast, so far it’s a road to nowhere. 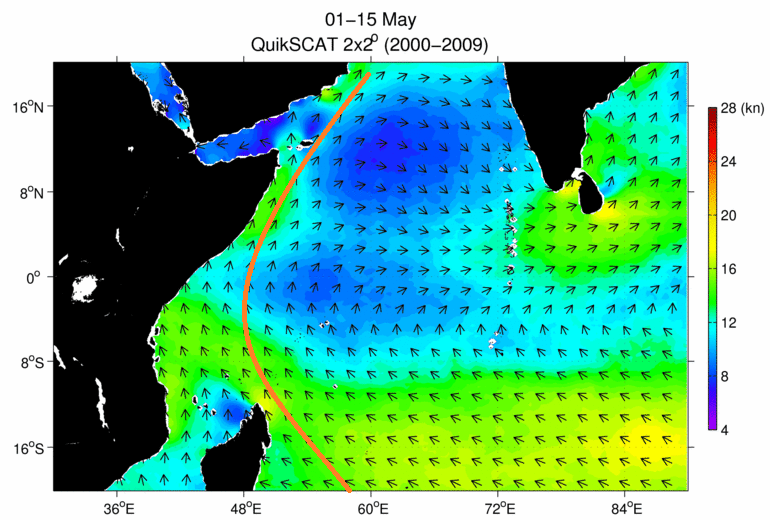 What a difference one month makes! The African coast now is downhill all the way. But the east also picks up speed. We know the result of course, the coastal route gets a narrow win, being able to avoid the doldrums made all the difference. And with the race happening during the transition, it was a gamble either way. With the blue patch in the middle, sailing the rhumb is a lost cause. But as wind gets stronger over the next months, one would need to shorten the route, I already got hurt by sailing too wide. 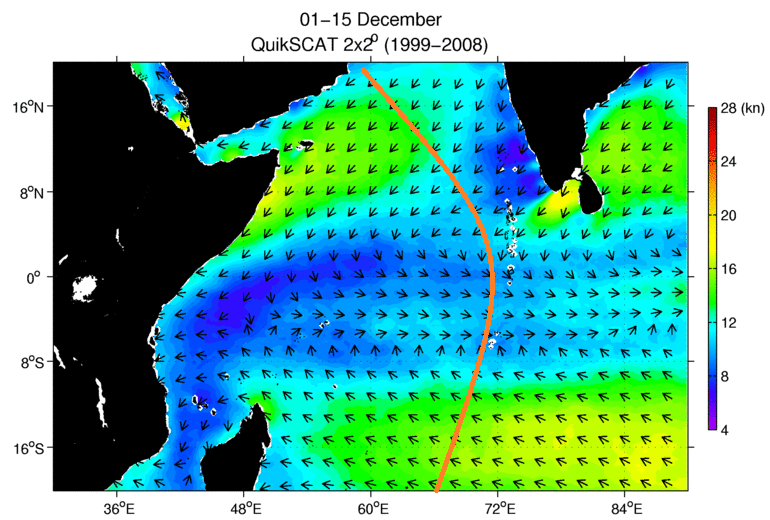 The picture for the fall race is much different. With the strong NE in the Arabian Sea the coastal route is a no-go, beating upwind would take forever. For the best angle I want to enter the Arabian Sea as far east as possible. This locks me onto the Maledives, my target for heading north is 65-70E.

So how did it play out? 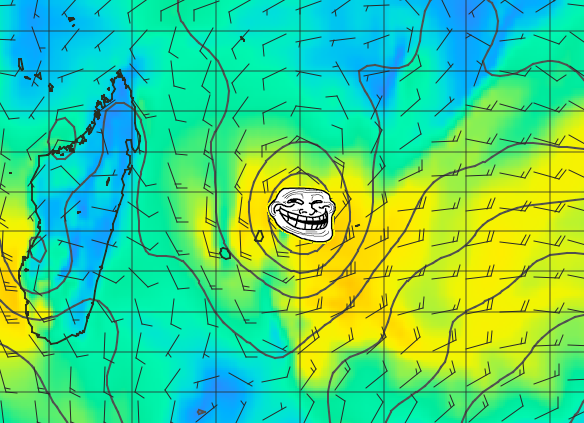 While the actual outcome of sailing into a tropical storm is awesome, I don’t exactly like the Mauritius option. The actual turn to Mauritius happens entirely too soon to be confident about the wx – 5 days before reaching the mark? If this means crossing behind the fleet, as it did for most of the heavy hitters, that’s a bad risk. The other problem is that the route could be completely cut off if the storm moves any further west. Neither is a problem for that other race, fewer boats and they are allowed to go west of Mauritius.

I don’t know where I would have gone, and tactics would have played a big role, but staying with the east option still looks good to me.